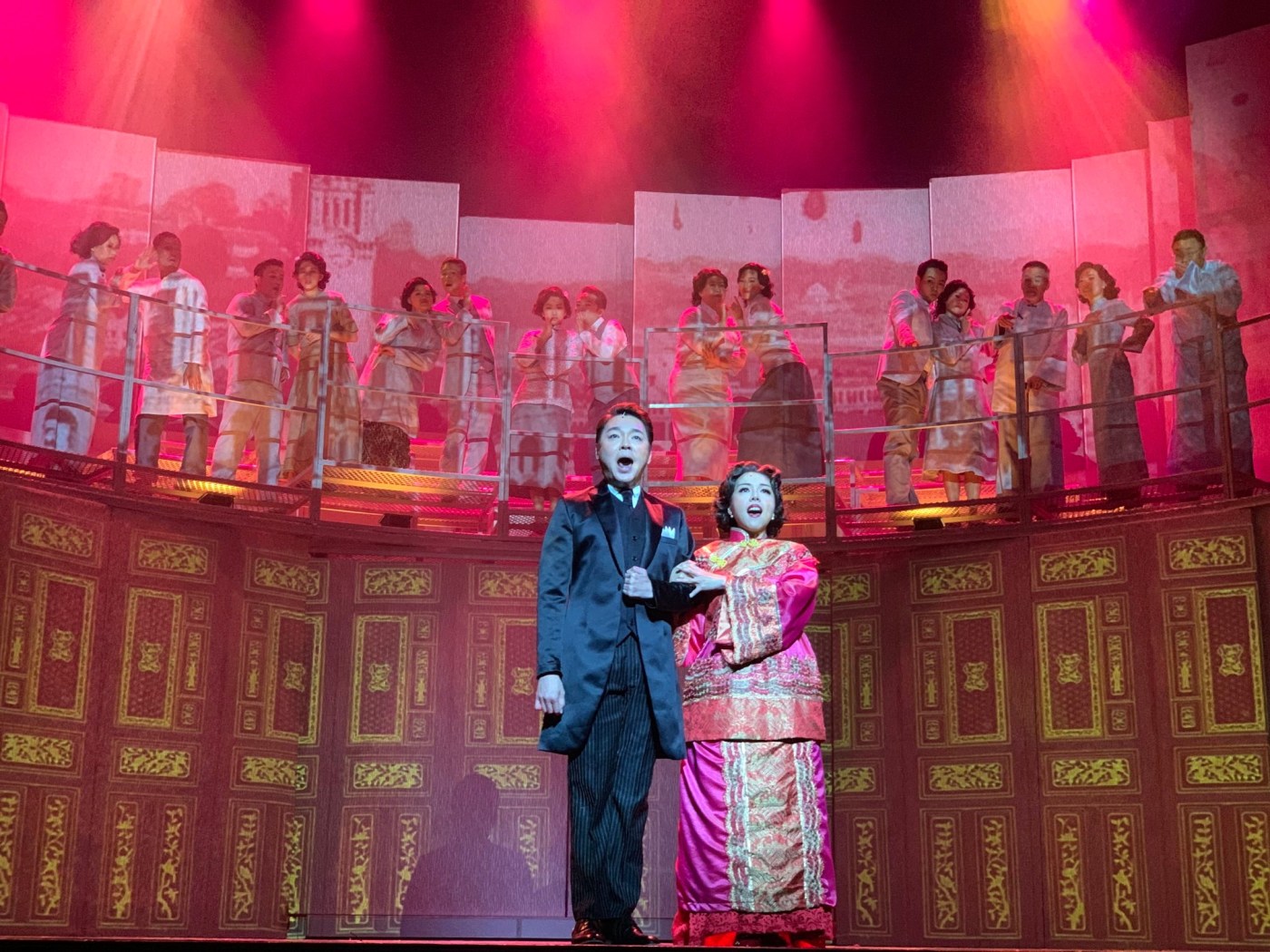 Who is he? What has he done for Singapore? Lim Boon Keng – The musical retold the life story and passions of one of our pioneers of Singapore in our early days and left me a deep impression.

As Singaporeans, we all know Boon Keng Road and Boon Keng MRT. However, many do not know how the name Boon Keng came about or have very vague idea. I do have some impression of Lim Boon Keng being one of our pioneers of Singapore. But I do not recall reading about him in any of our history books. So I decided to do a search online to find out more. Why is it so significant to have a musical production created about this man?

There is quite a fair bit of information online as I read more about him.

I even visited the National Museum with my daughter and hoped to find some information and managed to find one exhibit about him.

It was really a great idea to have Dr. Lim Boon Keng’s story being played on stage through a musical at Victoria Theatre, one of Singapore’s national monument. Moreover, it is written by Stella Kon, his great-granddaughter, who is known for her play ‘Emily on Emerald Hill’.

His life story was being summarised into a 100 minute show with an engaging storyline, songs with beautiful melodies and a synchronised multi-media projection with lightings, to depict the different scenes, era, events and moods. All these accompanied by the excellent acting, singing and dancing by the cast and directed by Jeremiah Choy.

Right from the beginning the music and songs captured my attention and it is still ringing in my head – ‘Traitor, traitor…. ‘. For a musical to be successful, I felt music is very crucial to bring out the meaning and to convey the different moods and emotions. Desmond Moey wrote the beautiful music for this show with wonderful arrangement by Elaine Chan.

The story was being told seamlessly throughout, bringing the audience through different scenes, featuring Dr. Lim Boon Keng’s several ups and downs in his life. The musical started on a serious note with Lim Boon Keng – being accused as a traitor, becoming the first Legislative Councillor (played by one of the best theatre actor with flawless vocals, Sebastian Tan).

A mini celebration was called for with the community and they toasted to celebrate with the song ‘Merci Beaucoup’, which livened up the audience very much. Kudos to the lively ensemble and main cast for bringing such a lively piece to the audience!

I have always been impressed by Sebastian Tan ever since I watched his performance alongside our very own Dick Lee in SINGAPOPERA. His powerful vocals never seemed to ‘crack’ at all, smooth and flawless! Amazing! And in this musical, he has transformed himself successfully to a solemn and passionate Lim Boon Keng, a stark difference from his ‘Broadway Beng’ character. Such a brilliant actor indeed! He carried the character successfully from beginning to the end with his great acting and singing.

Love the scenes about Lim Boon Keng’s romance with Margaret (played by Audrey Luo) where they discussed their passions and interests, sometimes arguing to the audience’s laughter! Beautiful singing by both and I absolutely enjoyed Audrey’s portrayal of Margaret – witty, intelligent and a very supportive wife.

Great chemistry between the two and it was really heart-breaking too when Margaret was sick and dying and told Lim Boon Keng to marry again. Dropped a few tears for that scene…..

Through this musical, we also got to know that Lim Boon Keng, together with good pal, Song Ong Siang (played by George Chan) and Margaret helped to setup a Chinese Girls’ Schools for girls to receive proper education. He also helped to start some businesses and the Overseas Chinese Bank then. It seemed like he has put in place various important pillars of Singapore from the start.

After Margaret died, he married Grace (played by Celine Rosa Tan) through an arranged marriage, who stucked by Lim Boon Keng through thick and thin, taking care of him, the household and working on social causes.

Both ladies loved him and when both ladies sang together in one particular song, I felt so touched by their love for Lim Boon Keng. Excellent duet between the two leading ladies, very well-blended in harmonies.

Another scene which impressed me was the solo sung by Song Ong Siang, powerful and full of emotions about his feelings towards Lim Boon Keng who wanted to leave Singapore to set up a university back in China.

And most exciting part, which made me wanted to dance to was the song about ‘Sambal Belachan’ – dance works was amazing good and yes sexy! Love the colourful Nonya costumes for the ladies and matching bright suits for the men designed by Moephosis. It was a fun and catchy tune!

I would never have read a book and remembered so much details. But this is one musical that allowed me to have a greater understanding on who is Lim Boon Keng. He as well as our other forefathers had played a great role in making what Singapore is today.

But I felt the story still has much more to say about Dr. Lim Boon Keng’s life. Hope to be able to read up more about him. More about his fights, his love stories, how about his children (would love to hear some kids singing), family life? Perhaps consider a longer musical on these elements, with intermission of course. And definitely will watch this musical again if there is a re-run!

The whole cast and production team definitely deserve a big applause! Very well-coordinated and the ensemble put up an excellent performance too!

An original Singapore production based on true story of Dr. Lim Boon Keng, so true to our hearts. Felt really proud to have such a wonderful production conveying a strong message about our Singapore.

One thought on “Review: A musical about a great man, Dr. Lim Boon Keng”