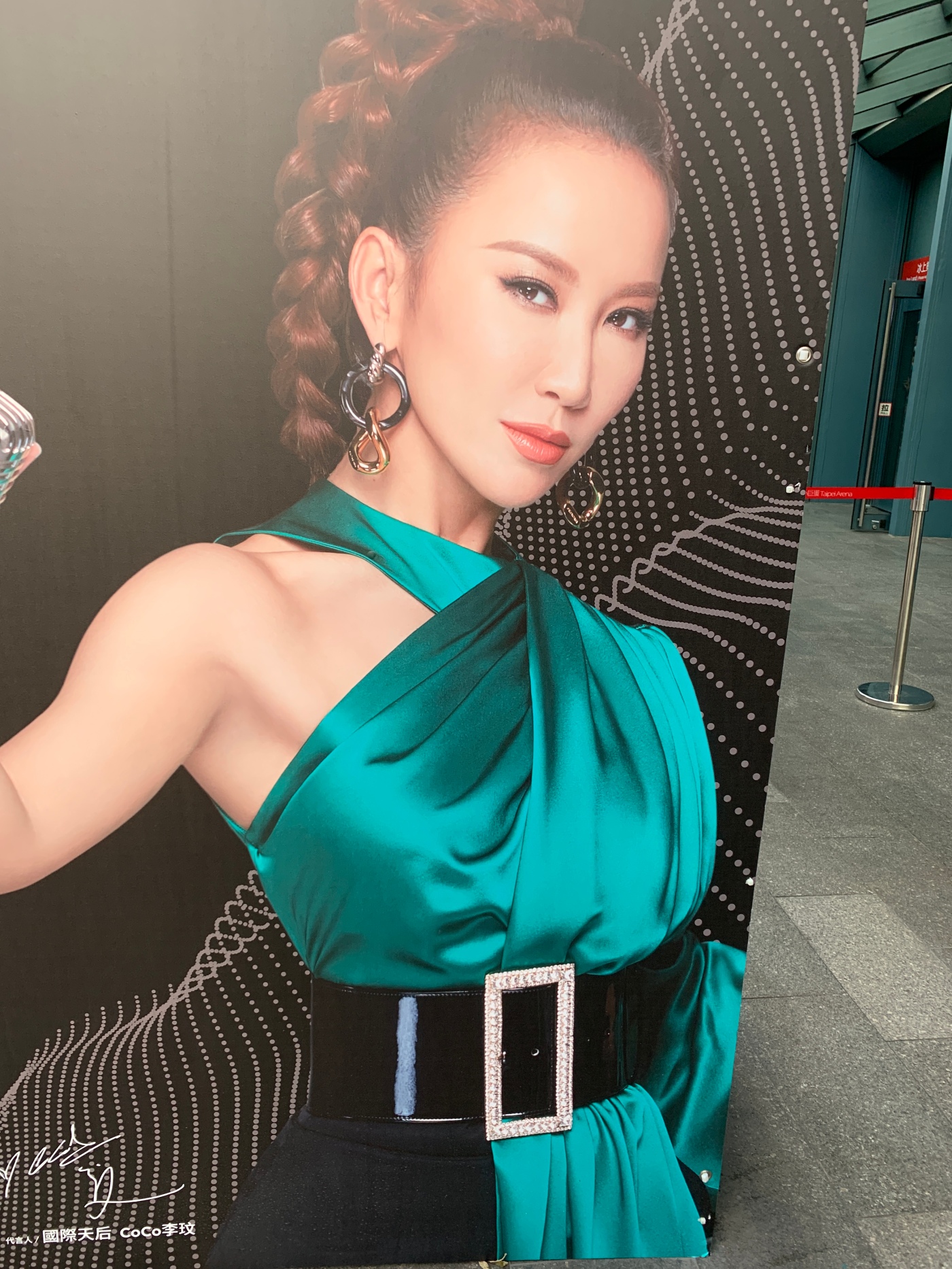 It was a MUST-WATCH concert after such a long wait!

I self-professed I am a super fan of Coco Lee 李玟。 Bought almost all her CDs know at least 90% of all her songs. And even watched her concert way back in Singapore probably in the late 90s.

So when she announced her tour in Taiwan, I decided to fly to Taiwan to watch her concert with my family.

Tickets were so hard to buy online. All were sold out in just a few hours and I had to order from another reseller, thank god, the tickets were real, even though I paid a higher price for a far back seat, very high up! Never sat so high and far before actually. Was, in fact, preparing to pay for the front seat for 4 persons. So disappointed that we could not get the tickets. I believe tickets were already bought by people intending to re-sell! This is really crazy and pretty unfair to the fans I feel. This practice is called Ticket Scalping.

Such practices happen less in Singapore as fans know their rights and we will usually report such cases to the police. Concert organisers are also quite strict and should not allow this to happen. It is not a good practice to allow the reselling of tickets. As the audience, we should stand by our rights, do you agree? Tickets however should be resold at the same price, if not slightly lower price, when a person genuinely could not attend the concert.

It is really dangerous to buy second-hand tickets, in fact, we are encouraging these people who buy in bulks to resell (black market!).

But as a fan of Coco, I eventually succumbed to this! Why? Just gotta watch her! I took the risk and was even willing to forgo the money if I never get my tickets, how silly was that! The good thing was that the resale price was not higher than my intended front seat ticket price. So that was comforting to me at least. Yet I think this will be my last time doing so.

Even when Celine Dion came, I could not get tickets, I just let it be! Don’t succumb to any more Tickets Scalping!

Read this article on the legality of reselling tickets at higher prices: https://singaporelegaladvice.com/law-articles/illegal-resell-tickets-higher-prices-singapore/

Also check this out: https://www.straitstimes.com/lifestyle/entertainment/concert-ticket-scalping-even-buyer-tagged-tickets-are-offered-for-resale

Cat 1 tickets are going for up to $13,516.17 each on online ticket marketplace Viagogo, a whopping 54 times more than the original $248 price. (as quoted in The Straits Times article).

Do note that both sellers and buyers are at risk. For buyers, you might run into a high risk of being scammed! I was just lucky really. I felt almost scammed, as I need to arrange for the reseller to deliver the tickets to where I will be staying in Taiwan. I planned for a 5-day self-drive tour, with 2 days in Tai Chung’s Sun Moon Lake, before heading down to Taipei for another 3 days, ending with the last day watching the concert and then fly back to Sg. This concert was actually cut short as we booked an earlier flight home as I had thought I was supposed to work the next day. But I was still happy to watch Coco perform no matter what.

Enjoyed still even for half the show. It was just so spectacular with the laser lights and stage design, plus her super-flamboyant costume changes. I just wished to have a chance on stage with her to sing one song!

So happy anyway to be in Taipei for a short break to catch her concert and precious moments captured here. Her live singing and dancing were marvellous. Love the stage design, amazing, colourful laser light shows, screaming fans! My kids were singing along to the songs, as they also know her songs pretty well! A SOLD-OUT Concert! So impressive! Her performance never fails! So powerful, dynamic and so engaging! The real diva!

Such a belated post, as I was extremely busy with work, did not have much time to write. Only after these few months of Covid-19 that I seriously sat down to revamp our blog here for more user-friendly navigation and to share more reviews of past few months’ concerts, shows that we have attended, or musical projects that we have done.

Great memories of lovely Coco’s performances, which I ought to share, never too late! So nice to reminisce over her performances! Wishing her more successes, more good shows to come. Well, if I cannot attend her concerts, I seriously do not mind buying her concerts DVDs, or her merchandise!

I look forward to attending her next concert, really do not know when, and absolutely miss attending concerts!