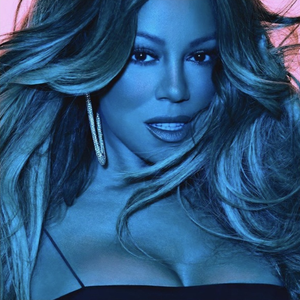 I was so glad that I did not miss Mariah Carey’s concert in Singapore on 3 November 2018.  My schedule was pretty busy and I was contemplating whether to buy tickets when it was launched.  And I admitted I was quite guilty to have this thought that she might not sing well due to the incident on New Year’s Eve this year.  As a fan, Mariah is definitely the most ‘worshipped’ among all my idols after Whitney Houston.  To me she is my number 1!  I love all her first few albums especially and know most of the songs too.  However, as work got busy from between 2000 till about 2015 – yes for 15 years – I hardly listen to any new songs.

After much thought, as the date draw closer, I just felt that I gotta to watch her concert. And I am really happy I did!  Absolutely no regrets at all because I was able to watch her sing LIVE!  I was afraid she would not travel to Asia again, but if she does come again, I will want to watch!

I wanted to watch the Diva sing no matter what – that was the thought!  She has brought us really great songs and how can we allow some incidents to cause a waiver in our love for her?  Her voice is god-given and no other person could have this voice of hers on earth!  We are blessed to hear her sing!    Mariah Carey is the best-selling female artist of all time with more than 200 million albums sold to date and 18 Billboard Hot 100 #1 singles (17 self-penned), more than any solo artist in history.  She is also recognised with multiple Grammy Awards, 21 American Music Awards, Billboard’s “Artist of the Decade” Award, the World Music Award for “World’s Best Selling Female Artist of the Millennium,” and BMI’s “Icon Award” for her outstanding achievements in song writing, to name a few – with her distinct five-octave vocal range, prolific song writing, and producing talent.

And she did not fail her fans at all!  Right from the first song, the atmosphere in the audience was already so hyped up and they were already standing up to dance and sing with her.  Mariah hit the high whistle notes effortlessly and still has lots of power in her vocals.

Thoroughly enjoyed the whole concert, each and every single song was simply fantastic.  Backup singers and dancers were awesome too!

And it was also heart-warming to have Mariah’s two lovely kids on stage to greet the audience and sang along too!

Mariah showed a very much calm and focused yet relaxed style of singing.  She was beaming with happiness in the way she sang too as she walked from one end of the stage to other end  to meet and engage the audience on her heels as well as walking in and out of stage for her wardrobe changes.   Somehow she look more sombre and not to mention, she looked fitter and healthier.  Really happy to see her in tip-top condition, in good shape as she delivered each song to perfection.

And we are all looking forward to her next  exciting Album – Caution.  She has all the right vibes now and do check her out on her new album and on http://www.mariahcarey.com.

Thank you for your lovely powerful singing, Mariah!  Wishing you all the best in your future – be it career or family, just be the best you can be!